An Evening with Gregory Porter

An Evening with Gregory Porter 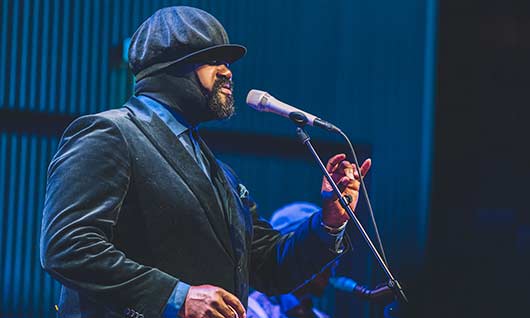 A two-time GRAMMY-winner and six-time nominee, Gregory Porter is jazz’s most celebrated male vocalist, whose long history at SFJAZZ includes this most recent night recorded in August 2019, devoted to music from across his career and his newest Blue Note album All Rise. After gaining buzz in jazz circles for his soulful artistry, the Bakersfield-born Porter broke through to mainstream stardom with his third album and Blue Note debut Liquid Spirit, winning the 2013 GRAMMY for Best Jazz Vocal Album. His 2017 tribute to Nat “King” Cole, Nat “King” Cole & Me, was supported by a 2018 orchestral SFJAZZ performance at Davies Symphony Hall.